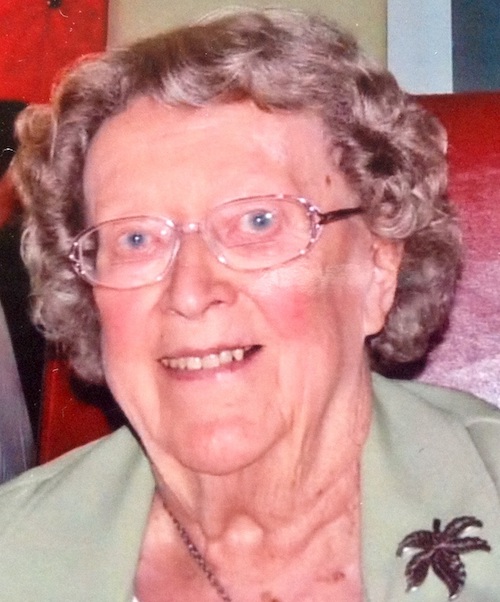 We are saddened to report the death of retired teacher Mrs Muriel Waite, a mainstay of the Luther Greenwood Memorial Festival for many years, at the age of 96.

As secretary to the festival’s music section and also secretary to the festival’s executive committee, she ensured that it was effectively administered and combined her love of music with an eye for detail, playing an active role into her 90s.
Born in Colne, she attended Park School and Colne Grammar School then went to Leeds Teacher Training College, which during the Second World War had been transferred to Scarborough.

She taught at Park Junior School then Trawden Primary School when she lived in the village with husband Benjamin in the 1950s.

The couple moved to Slough and raised their family there, but after she was widowed she returned to Colne in the 1980s and became involved in the Luther Greenwood Memorial Festival and Colne’s RNLI Luncheon Club.

She used to organise reunions for Colne Grammar School pupils of her era, and organised annual reunions for her fellow Scarborough teaching students until recent years.

Mrs Waite lived in Rydal Place, Colne, where she celebrated her 96th birthday in July with her family, but failing health meant she spent her last days in a residential home.

Representatives of the Luther Greenwood Memorial Festival attended the funeral service at Skipton Crematorium, where son Chris paid tribute to Muriel’s love for her family, her sense of humour and her enthusiasm for teaching, music and cricket. The mourners sang ‘Abide With Me’ and left the chapel with a smile to Vera Lynn’s ‘Wish Me Luck As You Wave Me Goodbye’