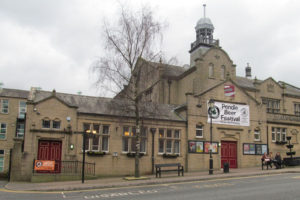 Colne’s annual Luther Greenwood Memorial Festival dates from 1947, but its origins can be traced back to the turn of the 20th century.

An event described as “First Annual Music Competition” was held on December 1st, 1900, with the main events held in the Cloth Hall and the violin competition at the Congregational School, Dockray Street.

It was an event of some importance, as the guarantors listed on the programme included the mayor of Colne, Alderman R Foulds, Alderman S Catlow, four councillors, three Reverends and other well-known Colne family names, along with Colne Harmonic Union and Colne Orpheus Glee Union.

Chapel choirs were thriving in those days, and no fewer than 14 mixed voice choirs and 14 male choirs were taking part, most of them from within a few miles of Colne centre. The competition began in the afternoon, and the eight best choirs and four violinists were selected to perform in the evening.

Colne’s own Bethel Chapel won the mixed-voice class, while the male voice title went to Barrowford Glee Union. Nearly all the chapels competing have since disappeared, but during their heyday they helped to establish Colne’s reputation as a centre of excellence for singing.

Both the venues for the first festival have also vanished; the much-loved Cloth Hall succumbing to a council demolition order in 1952 and Dockray Street Congregational Chapel tumbling in 1970, making way for the new Colne Library and car park. 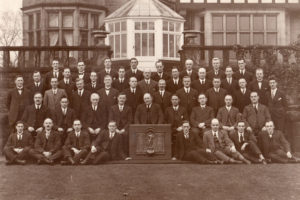 The first Colne Music Competition was hailed as a great success, and by 1905 the guest of honour, Alderman Edward Carr, remarked on the improvements that competitive festival singing was having on church and chapel choirs. By this time, the competition had expanded to include solo singers and children’s choirs.

The competition continued to grow both in status and in the number of competitors taking part. Older Colne folk remember how on the final Saturday of the music classes, the Municipal Hall in Albert Road would be full to capacity with music lovers eager to see and hear some of the region’s finest choirs and soloists.

In due course, elocution classes were added – latterly known as speech and drama but sadly now suspended due to lack of helpers – and an annual dance competition became an important part of the festival’s activities.

The next major change came in 1947, when Colne Festival’s organisers decided to rename it the Luther Greenwood Memorial Festival, in honour of the man who had done so much to put Colne on the map for musicality.

Find out more about Luther Greenwood