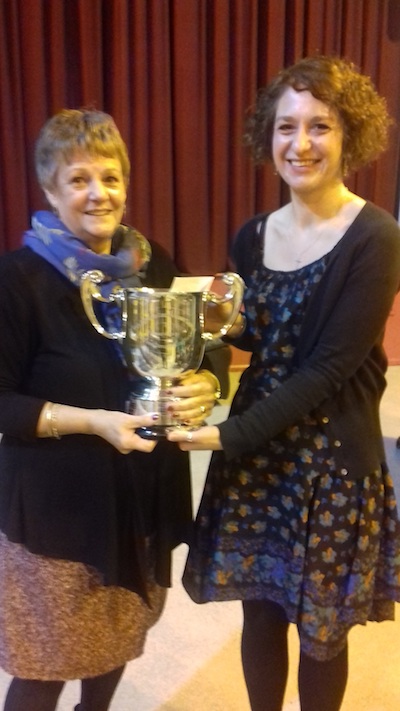 Singers from all over the North came to Colne to compete in the adult music classes on the second weekend of this year’s music festival.

The lion’s share of the honours went to newcomer Polly Sedman, an occupational therapist from Sheffield, who uses music to help people with speech difficulties.

She won four classes, came second in two, and carried off the main trophies; the Luther Greenwood cup presented by Colne Orpheus Glee Union male choir in memory of its most successful conductor, and the Lancashire Evening Telegraph/Burnley Evening Star rose bowl for the keenly-fought recital class in which 11 competitors each sang three contrasting songs.

Colne singing teacher David Wilkinson, conductor of Pendle Youth Choir, was the lone entrant from the Pendle area, taking home the John Crabtree trophy. David, a former professional opera singer, has coached youth choirs and young soloists for 30 years since moving to Colne, and was making his return to solo competitions.

In a busy day’s music-making at St John’s Church, Colne, the 15 competitors – the most for many years – competed in 14 classes ranging from folk songs to grand opera. They sang a total of more than 100 songs between them.

Festival organisers have paid tribute to long-serving volunteer Hilda Harrison, who has retired through ill health from the festival’s music committee and executive committee. 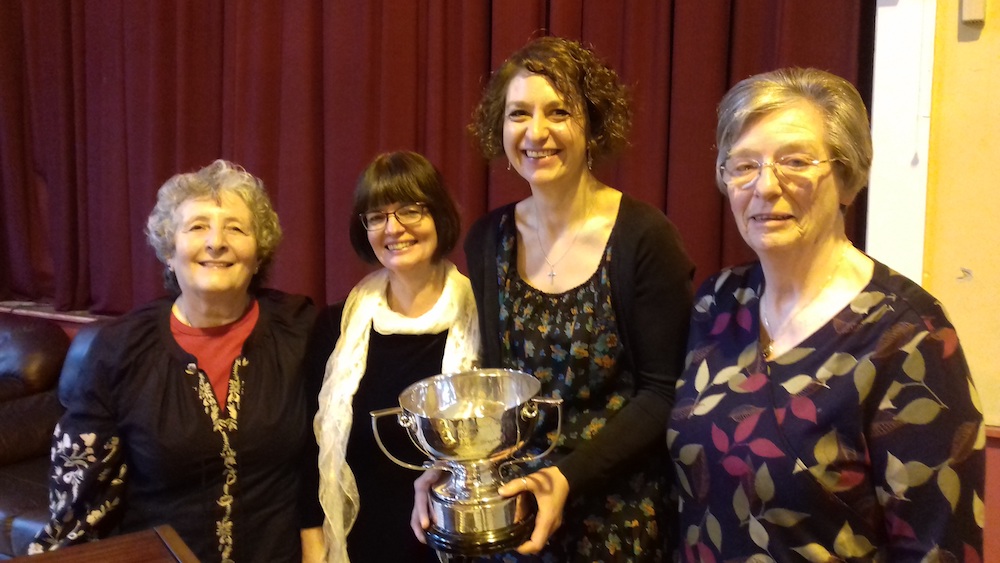 Mrs Harrison, from Cononley and originally from Colne, first competed in the festival as a young girl and continued as an adult entrant for many years. She chaired the festival’s music committee, selecting the competition pieces and spreading the word about Colne at the many music festivals she visited.

“Hilda is almost as legendary in music circles as Luther Greenwood himself,” said festival chairman Eric Beardsworth. “Without her tireless work and her enthusiasm over the years, there probably wouldn’t be a music festival in Colne. She will be a very hard act to follow.”

Mrs Harrison has been presented with an evergreen shrub in an inscribed planter. 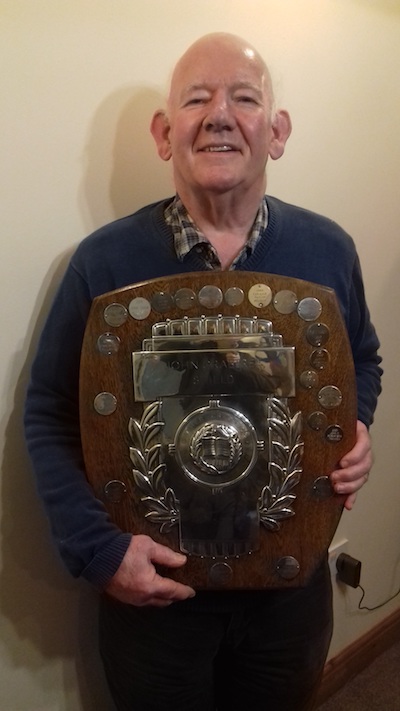 LOCAL HERO: David Wilkinson, who has inspired many youngsters to sing, with the John Crabtree shield for Pendle area competitors