Where are our missing cups? 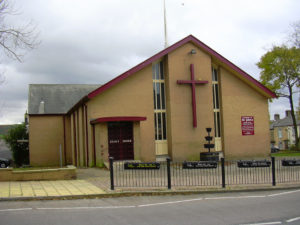 Winners from our now-defunct speech and drama competition are being urged to return their trophies to the organisers.

A lack of volunteers forced the festival committee to suspend our speech and drama section indefinitely, and the last competition was held at the end of November 2015.

“Several cups and shields have gone missing, and we’re anxious to get them back,” said festival chairman Eric Beardsworth.

“Some are fairly valuable while others aren’t, but they’re all part of the festival’s history.”
The speech and drama competition, held originally at Colne Municipal Hall – ‘The Muni’ – and later at St John’s Church in Albert Road, used to attract dozens of entries from groups and individuals in the festival’s heyday, but over the years it dwindled and there were fewer people left to organise it.

“Competitors used to come from all over Lancashire, and unfortunately in the last few years some trophies were awarded and we lost track of the winners,” Mr Beardsworth added.

“It’s possible that some competitors have moved house, or some have put them away in a cupboard or attic and forgotten about them, but wherever they are they still remain the property of the Luther Greenwood Festival.”

Anyone who may have a missing trophy is asked to contact Steph Beardsworth, trophies secretary, on 01282 867152.